Look at the pictures. In pairs, ask and answer the following questions:
• What kinds of film do you like or dislike?
• Would you like to be an actor? Why / Why not?
• Do you prefer to watch videos or go to the cinema?
• Do you ever read film reviews?

A What kind of film?

What kind of film?
Quickly read these four reviews of different films. Choose from the boxthe kind of film being reviewed. There is one extra kind of film you donot need to use.
Key.1 comedy
2 horror film
3 thriller
4 romance
B How did you know?

Underline two words or phrases in each review in A which helped you make your decision.

Key
1 amusing / makes fun of / hilarious / crazy situations / funny dialogue / grinning / crying for all the right reasons
2 frightening / ghosts / graveyards / scare / monster
3 complicated story / full of suspense / a world of spies and secrets / leave you looking over your shoulder...
4 bring your tissues / plays with your emotions / her developing relationship / lets us into their hearts
C Choose the best title

In pairs, discuss your answers. Did you choose the same titles? Why / Why not? What do you think the other film might be about? 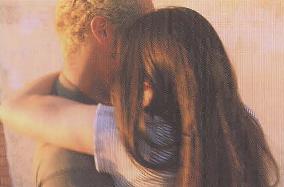 The wrong title / A disappointing result / A good past record
TheGood Guys Always Win is a missed opportunity. Starring John Devon andwritten by Carol West, all the ingredients were there for a greatmovie, but, alas, this one proves that the good guys sometimes lose.With their work together in the past, I was looking forward to seeingwhat they had been working on. The answer is a film that lets them down.
An old-fashioned story / A fight for love / A new acting style
Thestory is the same old plot of boy meets girl, boy loses girl, boy getsgirl back. We've seen it a thousand times before. With women playingstrong characters on our screens these days, we've had enough of thegentle heroine who just waits for the boy to fall in love with her.Patty LeBelle, who plays Wendy, cries and sighs but does little else,and those who saw her in Climbers will wonder what's happened to her.
A terrible script / Poor leadership / Future possibilities
Thedialogue is slow and too much of the film is people pausing and lookingat each other. Donna Short, the director, must take most of the blamesince it's her job to guide the actors. It's difficult to see exactlywhy she was given this film when her last two efforts, Catch Me, I'mFalling and The Man Next Door, were so unexciting. Let's hope that JohnDevon's career can recover.
F Choose the best title

Read these quotes from film trailers and choose a title for each film.
Key.1a  2a  3c

1    'Watch out! Bill Fredericks is back, and this time he's betterthan ever! When Bill decides to take his family on holiday, you justknow it won't be long before he causes trouble! Even before they get tothe airport, Bill finds some way of messing things up! You'll laughtill you cry in this family fun-packed film.'
a Airport Terror 2
b Don't Forget Your Passport!
с The Holiday from Hell

2   'It was a time of innocence. A time of love. A time that Mary Joneswould never forget. When the stranger rode into town on his blackhorse, nobody in Watersville knew how it would change all their lives,forever. A tale of passion. A story of two people fighting for whatthey believe in, even if that means losing each other.'
a Difficult Choices
b I Was Frankenstein's Bride
с Those Crazy Cowboys!

3   'Based on a true story, this award-winning film takes you to the heartof tragedy. A mother's search for a cure for her son takes her far fromhome. They said he would never walk again, and she is determined toprove them wrong. There are times when she must fight, and times whenshe wants to give in. The human spirit finally triumphs, but not beforeshe has paid the ultimate price.'
a Where Have You Left the Patient?
b Fight for Glory III
с Love Will Find a Way
G Discuss

In pairs, discuss your answers. Did you choose the same titles for the films? What kinds of film might have the other titles.

WORDPERFECT
Read these sentences and then use the words in bold to complete the sentences below.
Key.1 big screen
2 based on
3 cast
4 on
5 special effects
6 trailer
7 review
8 row
9 director
10 acting
• The special effects were amazing! The spaceships all seemed real!
• I haven't seen the film, but I've seen the trailer and it looks really exciting.
• The director shouted 'Action!' and the actor started running.
• The film is based on a book by Stephen King.
• All the members of the cast had to wear strange costumes in one scene.
• I thought the acting was quite good, but the story was boring.
• If you sit in the front row at the cinema, it can be difficult to see.
• I've seen Star Wars on TV, but I haven't seen it on the big screen.
• I read a review of that film and it sounds really interesting.
• We could call the cinema to see what's on tonight.

EXAM PRACTICE - READING Part 1
Exam know-how
When you do Reading Part 1:
•Match the headings and paragraphs you are sure of first and then come back to any you want to think about more. It'll be easier if you have fewer choices.
• When you have to choose headings, check that the heading yоu have chosen is the MAIN point of the paragraph,not a secondary point. Something might be mentioned, but it might not be the most important point.

You are going to read a magazine article about films. Choose the mostsuitable heading from the list A-I for each part (1-7) of the article.There is one extra heading which you do not need to use. There is anexample at the beginning (0).
Key.1B 2F 3E 4A 5D 6G 7C
Lights, Camera, Action
0               I
Makinga film is such a complicated process that it's a wonder any of themever get made. When you go to your local cinema to see what's on, doyou ever think of all the separate steps that have to come together toend up with what you see on the big screen? Where does it start?

1 ________________________
Most films start as an idea. It might be in a director's mind, or in awriter's mind, but wherever it comes from, it's the producer who needsconvincing. The producer is the businessman who finds the money to makethe film. If you've got an idea for the next blockbuster, you need tofind somebody who is willing to make your film. The producer will thenorganize the budget and decide how much it is worth spending on thefilm.

3 ______________________
The producer and director will then choosethe other people to work on the film and will decide on the members ofthe cast. People feel very strongly about actors and a film has to havethe right ones if it is to draw people into cinemas. Actors usuallybecome associated with a particular kind of film in the mind of thepublic and it can be a risk to cast an actor in a different kind ofrole. Auditions and screen tests might be held to make final decisionsand rehearsals will begin.

4 ______________________
While theactors are developing their characters, the director will be makingother key decisions concerning things such as location. Where the filmis shot is very important and the locations for filming will be chosencarefully. The film will also be storyboarded, with pictures of all thekey moments. Special effects will be planned and costumes will bedesigned. This pre-production phase can take a long time because theremay not be a chance to change things later.

5 ______________________
The actual shooting can take anywherefrom a few weeks to a year, or possibly even more. The actors spend alot of time waiting for everything to be right - the set, the lighting,the cameras — and boredom can be a real problem. Life at the Oscarsmight seem wonderful, but life on a film set can be stressful andtedious.

6 ______________________
Once filming is over, post-production begins. This is the stage whereall the elements of the film are brought together.The film is edited sothat it tells л clear story and any special effects are perfected.Music is added to emphasise the excitement or the emotion of certainmoments in the film. Often, the film is previewed to small audiencesand changes are made, depending on their reactions. Finally, the filmmakes its way into the cinemas.

7 ______________________
Once the process is over, what thebackers will want to know is where the money has gone. We hear a lotthese days about the huge fees commanded by stars but the cast willtypically cost around 10% of the total budget. Pre- and post-productioncosts will account for 50%, while the director and crew will takeanother 10%. This leaves around 30% of the total cost of the film to bespent on actual filming.
I Discuss

In pairs, discuss the answers you have chosen. Have you chosen the same answers for the same reasons?

GRAMMAR FOCUS
Key.We might use the passive voice ...
when we don't know who did something. Yes
when who did something is not important. Yes
to confuse others. No
for emphasis. Yes
to produce a more formal style. Yes
1a    2a    3a    4b    5a
The film is edited to make the story clear.
The special effects are perfected.
Auditions and screen tests might be held.
The film is previewed to small audiences.