Modernismwasn't just another style. It presented a new way of thinking aboutarchitecture. These photos illustrate Modernist, Post-modernist, and other 20thcentury approaches to building design. As you view the images, you'll noticethat 20th century architects often drew on several design philosophies tocreate buildings that are startling and unique. Click on the pictures below tobegin your architectural journey.

Modernistarchitecture emphasizes function. It attempts to provide for specific needsrather than imitate nature. The roots of Modernism may be found in the work ofBerthold Luberkin (1901-1990), a Russian architect who settled in London and founded agroup called Tecton. The Tecton architects believed in applying scientific,analytical methods to design. Their stark buildings ran counter to expectationsand often seemed to defy gravity. 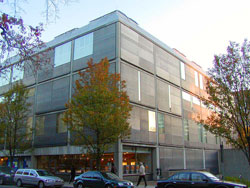 WhenAmerican architect Louis Sullivan coined the phrase "form followsfunction," he described what later became a dominant trend in Modernistarchitecture. Louis Sullivan and other architects were striving for"honest" approaches to building design that focused on functionalefficiency. Functionalist architects believed that the ways buildings are usedand the types of materials available should determine the design. Of course,Louis Sullivan lavished his buildings with ornamental details that did notserve any functional purpose. The philosophy of functionalism was followed moreclosely by Bauhaus and International Style architects.

Toward theend of the 20th century, the term Functionalism was used to describe anypractical structure that was quickly constructed for purely practical purposeswithout an eye for artistry. However, for Bauhaus and other earlyFuctionalists, the concept was a liberating philosophy that freed architecturefrom frilly excesses of the past. 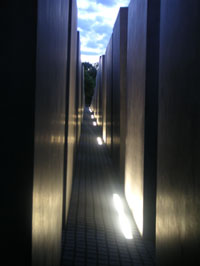 Structuralismis based on the idea that all things are built from a system of signs and thesesigns are made up of opposites: male/female, hot/cold, old/young, etc. ForStructuralists, design is a process of searching for the relationship betweenelements. Structuralists are also interested in the social structures andmental processes that contributed to the design.

Structuralistarchitecture will have a great deal of complexity within a highly structuredframework. For example, a Structuralist design may consist of cell-likehoneycomb shapes, intersecting planes, cubed grids, or densely clustered spaceswith connecting courtyards. 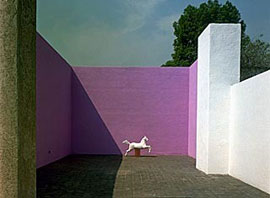 The Mexico City home of thePritzker Prize-winning architect Luis Barragán is Minimalist in its emphasis onlines, planes, and open spaces.

TheMinimalist Luis Barragan House, or Casa de Luis Barragán, was the home andstudio of Mexican architect Luis Barragán. This building is a classic exampleof the Pritzker Prize Laureate's use of texture, bright colors, and diffusedlight. 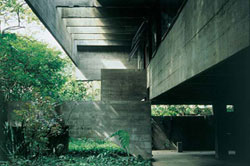 The termBrutalism was first used in the early 1950s to describe the simple concretebuildings designed by Le Corbusier. Stark and angular, Brutalism grew out ofthe International Style, but the designs may strike you as less refined.Brutalist buildings can be constructed quickly and economically.

The PrizkerPrize-winning architect Paulo Mendes da Rocha is often called a "BrazilianBrutalist" because his buildings are constructed of prefabricated andmass-produced concrete components. Shown here is his home in São Paulo, Brazil. 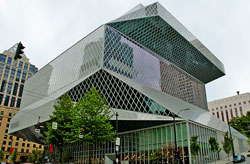 Deconstructivism, or Deconstruction, is an approach to building designthat attempts to view architecture in bits and pieces. The basicelements of architecture are dismantled. Deconstructivist buildings mayseem to have no visual logic. They may appear to be made up ofunrelated, disharmonious abstract forms. Deconstructive ideas areborrowed from the French philosopher Jacques Derrida.